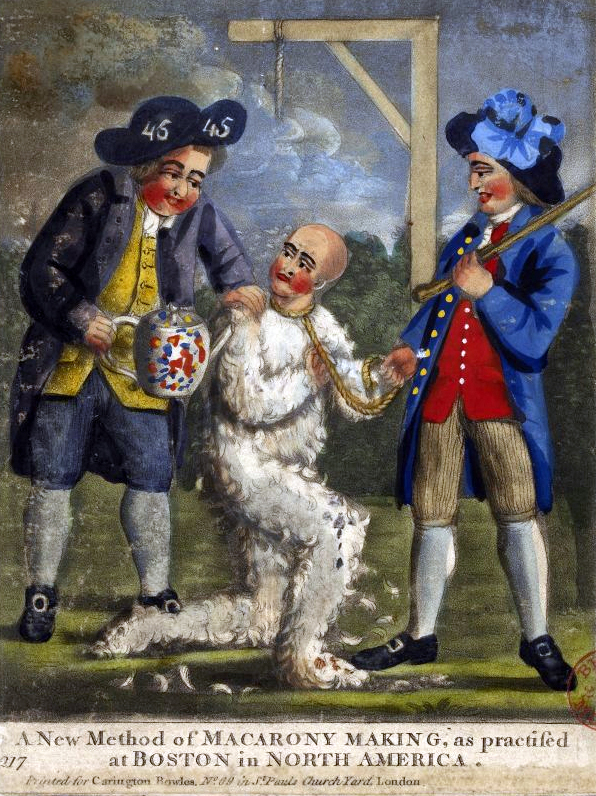 v.in tar and feather, 1769. A mob action in U.S. in Revolutionary times and several decades thereafter. Originally it had been imposed by an ordinance of Richard I (1189) as punishment in the navy for theft. Among other applications over the years was its use in 1623 by a bishop on “a party of incontinent friars and nuns” [OED], but not until 1769 was the verbal phrase attested. Related: Tarred; tarring. n.1a viscous liquid, Old English teoru, teru, literally “the pitch of (certain kinds of) trees,” from Proto-Germanic *terwo- (cf. Old Norse tjara, Old Frisian tera, Middle Dutch tar, Dutch teer, German Teer), probably a derivation of *trewo-, from PIE *drew- “tree” (cf. Sanskrit daru “wood;” Lithuanian darva “pine wood;” Greek dory “beam, shaft of a spear,” drys “tree, oak;” Gothic triu, Old English treow “tree;” see tree). Tar baby is from an 1881 “Uncle Remus” story by Joel Chandler Harris. Tarheel for “North Carolina resident” first recorded 1864, probably from the gummy resin of pine woods. Tar water, an infusion of tar in cold water, was popular as a remedy from c.1740 through late 18c. n.2“sailor,” 1670s, probably a special use of tar (n.1), which was a staple for waterproofing aboard old ships (sailors also being jocularly called knights of the tarbrush); or possibly a shortened form of tarpaulin, which was recorded as a nickname for a sailor in 1640s, from the tarpaulin garments they wore.

Criticize severely, punish, as in The traditionalists often want to tar and feather those who don’t conform. This expression alludes to a former brutal punishment in which a person was smeared with tar and covered with feathers, which then stuck. It was first used as a punishment for theft in the English navy, recorded in the Ordinance of Richard I in 1189, and by the mid-1700s had become mob practice. The figurative usage dates from the mid-1800s. In addition to the idiom beginning with tar