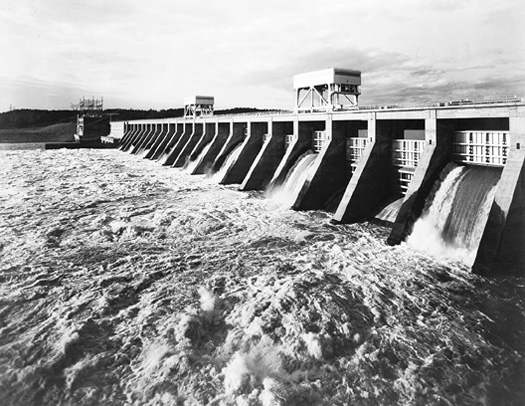 A corporation created by the federal government in the Great Depression to promote the economic development of the Tennessee River and adjoining areas. The TVA, known as a builder of dams, is responsible for flood control, the generation of electric power, soil conservation, and other areas of economic development. The TVA was part of the New Deal.