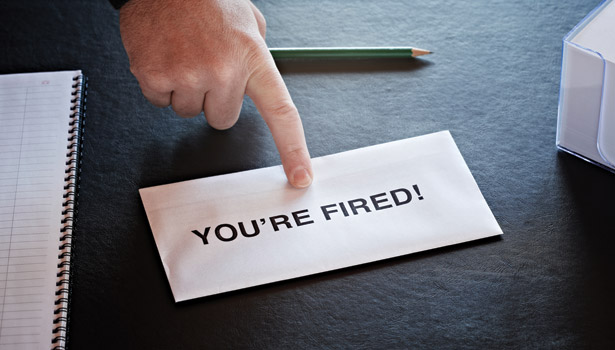 n.late 14c., “authoritative resolution of a matter,” from Old French terminacion and directly from Latin terminationem (nominative terminatio) “a fixing of boundaries, bounding, determining,” from past participle stem of terminare “to limit, end” (see terminus). Meaning “end of a person’s employment” is recorded from 1961; meaning “artificial end of a pregnancy” is attested from 1969; sense of “assasination” is recorded from 1975.