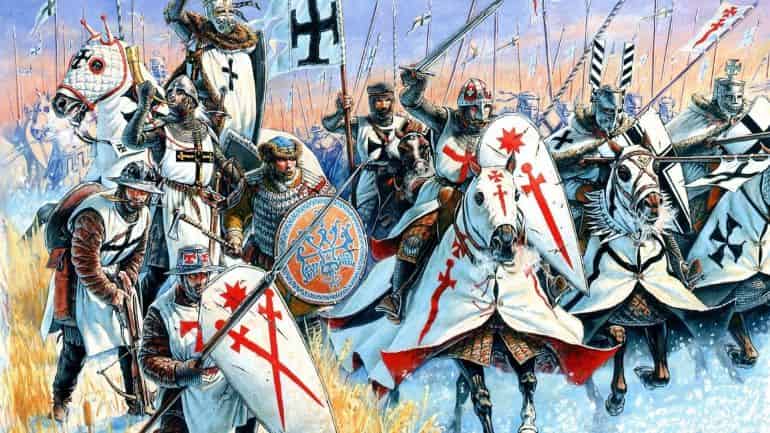 adj.c.1600, “of or pertaining to the Germanic languages and to peoples or tribes who speak or spoke them,” from Latin Teutonicus, from Teutones, name of a tribe that inhabited coastal Germany and devastated Gaul 113-101 B.C.E., probably from a Proto-Germanic word related to Old High German diot “people” (see Dutch), from *teuta, the common PIE word for “people” (cf. Lithuanian tauto, Oscan touto, Old Irish tuath, Gothic þiuda, Old English þeod). Used in English in anthropology to avoid the modern political association of German; but in this anthropoligical sense French uses germanique and German uses germanisch, because neither uses its form of German for the narrower national meaning (cf. French allemand, see Alemanni; and German deutsch). In Finnish, Germany is Saksa “Land of the Saxons.” The Teutonic Knights (founded c.1191) were a military order of German knights formed for service in the Holy Land, but who later crusaded in then-pagan Prussia and Lithuania. The Teutonic cross (1882) was the badge of the order. Teuton “a German” is attested from 1833.