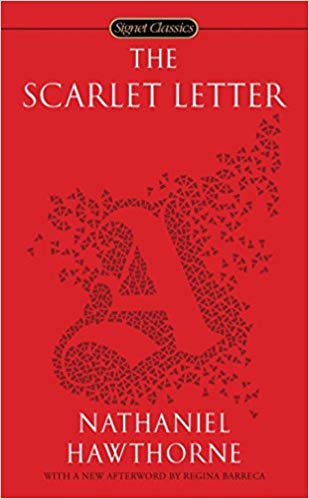 (1850) A novel by Nathaniel Hawthorne about Hester Prynne, a woman in seventeenth-century New England who is convicted of adultery. Forced to wear a scarlet letter A on her dress as a sign of her guilt, Hester refuses to reveal the identity of her lover. Eventually, a young minister, Arthur Dimmesdale, publicly admits his part in the adultery and dies in Hester’s arms.