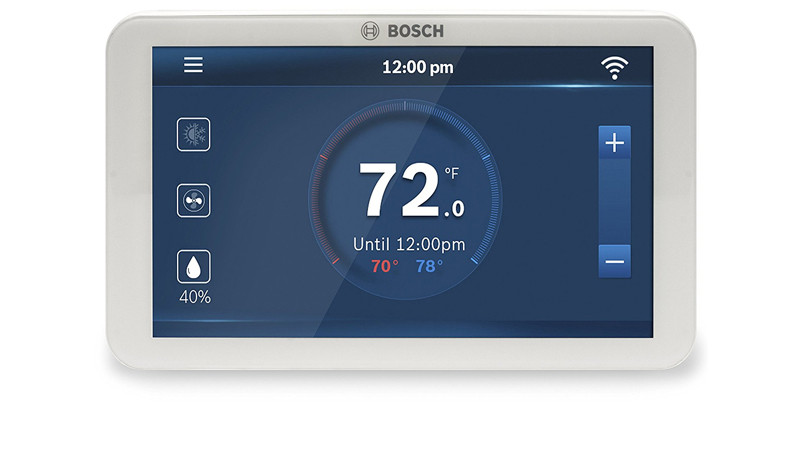 A device that monitors and automatically responds to changes in temperature and activates switches controlling devices such as furnaces or air conditioners.