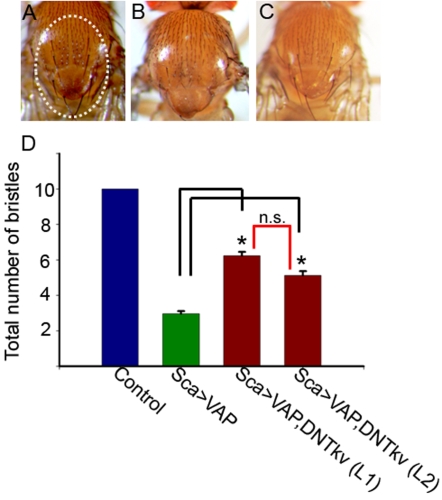 The part of the body between the neck and diaphragm; the chest.