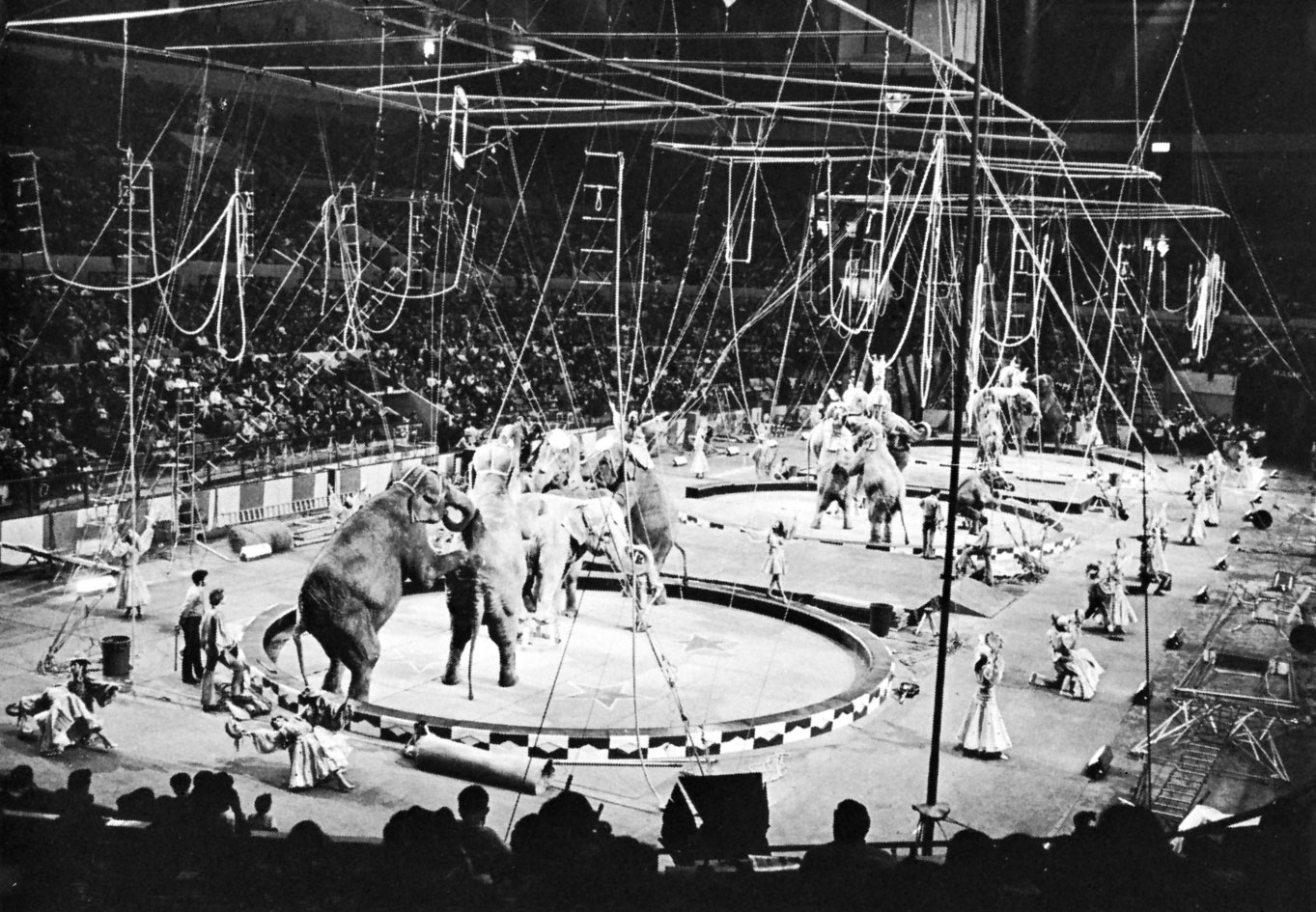 noun US and Canadian

A situation of complete confusion, as in It was a three-ring circus, with the baby crying, the dog barking, both telephones ringing, and someone at the front door. This term alludes to a circus where three rings or arenas are featuring performances simultaneously. Perhaps invented by show business impresario P.T. Barnum, the term was extended to other confused situations by about 1900.