three sheets to the wind 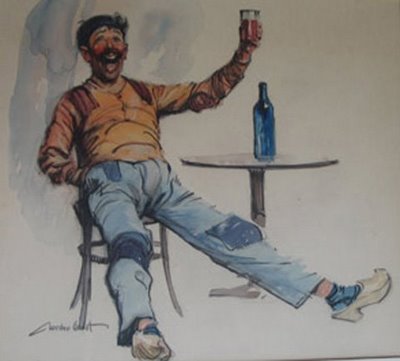 n.1Old English sciete (West Saxon), scete (Mercian) “cloth, covering, towel, shroud,” from Proto-Germanic *skautjon-, from *skauta- “project” (cf. Old Norse skaut, Gothic skauts “seam, hem of a garment;” Dutch schoot; German Schoß “bosom, lap”), from PIE root *skeud- “to shoot, chase, throw” (see shoot (v.)). Sense of “piece of paper” first recorded c.1500; that of “any broad, flat surface” (of metal, open water, etc.) is from 1590s. Of falling rain from 1690s. Meaning “a newspaper” is first recorded 1749. Sheet lightning is attested from 1794; sheet music is from 1857. Between the sheets “in bed” (usually with sexual overtones) is attested from 1590s; to be white as a sheet is from 1751. The first element in sheet-anchor (late 15c.) appears to be a different word, of unknown origin. n.2“rope that controls a sail,” late 13c., shortened from Old English sceatline “sheet-line,” from sceata “lower part of sail,” originally “piece of cloth,” from same root as sheet (n.1). Cf. Old Norse skaut, Dutch schoot, German Schote “rope fastened to a sail.” This probably is the notion in phrase three sheets to the wind “drunk and disorganized,” first recorded 1821 (in form three sheets in the wind), an image of a sloop-rigged sailboat whose three sheets have slipped through the blocks are lost to the wind, thus “out of control.” Apparently there was an early 19c. informal drunkenness scale in use among sailors and involving one, two, and three sheets, three signifying the highest degree of inebriation; there is a two sheets in the wind from 1815. To be “three sheets to the wind” is to be drunk. The sheet is the line that controls the sails on a ship. If the line is not secured, the sail flops in the wind, and the ship loses headway and control. If all three sails are loose, the ship is out of control. Also, three sheets in the wind. Drunk, inebriated, as in After six beers he’s three sheets to the wind. This expression is generally thought to refer to the sheet—that is, a rope or chain—that holds one or both lower corners of a sail. If the sheet is allowed to go slack in the wind, the sail flaps about and the boat is tossed about much as a drunk staggers. Having three sheets loose would presumably make the situation all the worse. Another explanation holds that with two or four sheets to the wind the boat is balanced, whereas with three it is not. [Mid-1800s] see three sheets to the wind; white as a sheet.