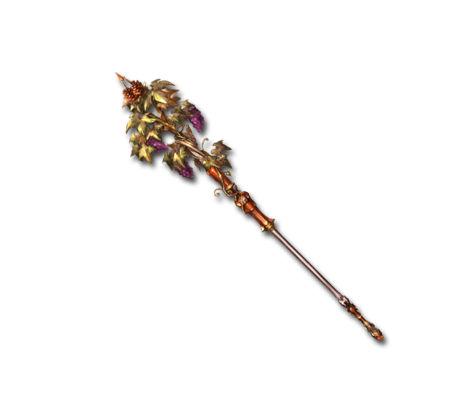 n.1590s, from Greek thyrsos, literally “stalk or stem of a plant,” a non-Greek word of unknown origin. The staff or spear tipped with an ornament like a pine cone, and sometimes wreathed in ivy or vine branches, borne by Dionysus and his votaries.