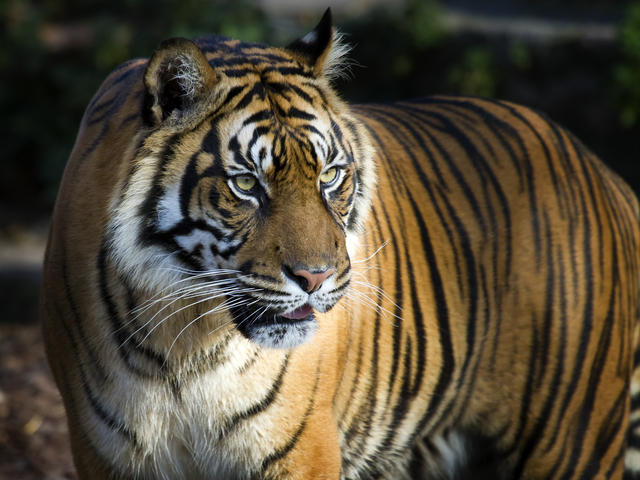 n.Old English tigras (plural), also in part from Old French tigre (mid-12c.), both from Latin tigris “tiger,” from Greek tigris, possibly from an Iranian source. The meaning “shriek or howl at the end of a cheer” is recorded from 1845, American English. Tiger’s-eye “yellowish-brown quartz” is recorded from 1891.