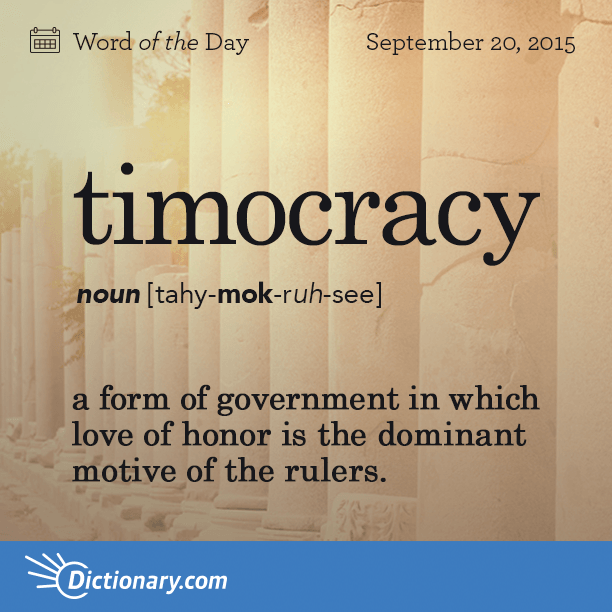 n.1580s, from Middle French tymocracie, from Medieval Latin timocratia (13c.), from Greek timokratia, from time “honor, worth” (related to tiein “to place a value on, to honor”) + -kratia “rule” (see -cracy). In Plato’s philosophy, a form of government in which ambition for power and glory motivates the rulers (as in Sparta). In Aristotle, a form of government in which political power is in direct proportion to property ownership.