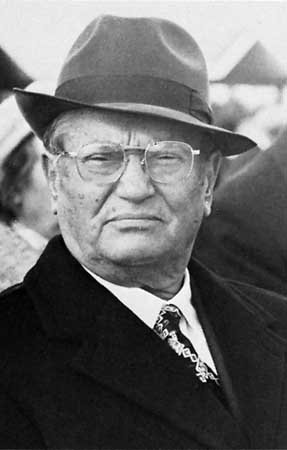 A Yugoslav military and political leader of the twentieth century. Tito, whose real name was Josip Broz, led the resistance in Yugoslavia to the German invaders during World War II and later established communist rule in Yugoslavia. In 1948 Tito broke with the Soviet premier, Joseph Stalin, and led Yugoslavia onto a course of foreign policy independent of the Soviet Union.