to beat the band 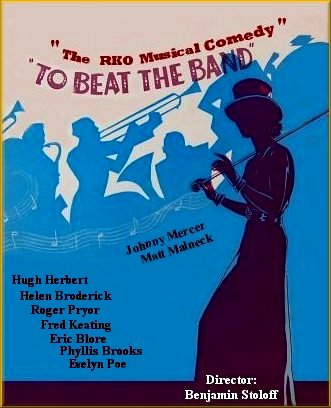 n.1“a flat strip,” also “something that binds,” a merger of two words, ultimately from the same source. In the sense “that by which someone or something is bound,” it is attested from early 12c., from Old Norse band “thin strip that ties or constrains,” from Proto-Germanic *bindan, from PIE *bendh- “to bind” (cf. Gothic bandi “that which binds; Sanskrit bandhah “a tying, bandage,” source of bandana; Middle Irish bainna “bracelet;” see bend (v.), bind (v.)). Most of the figurative senses of this word have passed into bond (n.), which originally was a phonetic variant of this band. The meaning “a flat strip” (late 14c.) is from Old French bande “strip, edge, side,” via Old North French bende, from Old High German binda, from Proto-Germanic *bindan (see above). In Middle English, this was distinguished by the spelling bande, but since the loss of the final -e the words have fully merged. Meaning “broad stripe of color” is from late 15c.; the electronics sense of “range of frequencies or wavelengths” is from 1922. The Old North French form was retained in heraldic bend. Band saw is recorded from 1864. n.2“an organized group,” late 15c., from Middle French bande, which is traceable to the Proto-Germanic root of band (n.1), probably via a band of cloth worn as a mark of identification by a group of soldiers or others (cf. Gothic bandwa “a sign”). The extension to “group of musicians” is c.1660, originally musicians attached to a regiment of the army. To beat the band (1897) is to make enough noise to drown it out, hence to exceed everything. v.1520s, “to bind or fasten;” also “to join in a company,” from band (n.1) and (n.2) in various noun senses, and partly from French bander. The meaning “to affix an ID band to (a wild animal, etc.)” is attested from 1914. Related: Banded; banding. n.