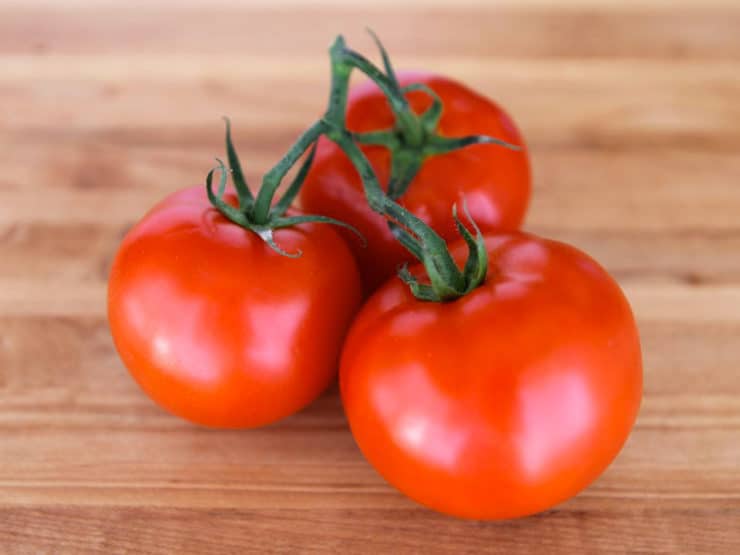 A member of the nightshade family, all of which contain poisonous alkaloids. Introduced in Europe from the New World, by 1550 they regularly were consumed in Italy but grown only as ornamental plants in England and not eaten there or in the U.S. at first. An encyclopedia of 1753 describes it as “a fruit eaten either stewed or raw by the Spaniards and Italians and by the Jew families of England.” Introduced in U.S. as part of a program by Secretary of State Thomas Jefferson (1789), but not commonly eaten until after c.1830.

Alternative name love apple and alleged aphrodisiac qualities have not been satisfactorily explained; perhaps from Italian name pomodoro, taken as from adorare “to adore,” but probably actually from d’or “of gold” (in reference to color) or de Moro “of the Moors.” Slang meaning “an attractive girl” is recorded from 1929, on notion of juicy plumpness.