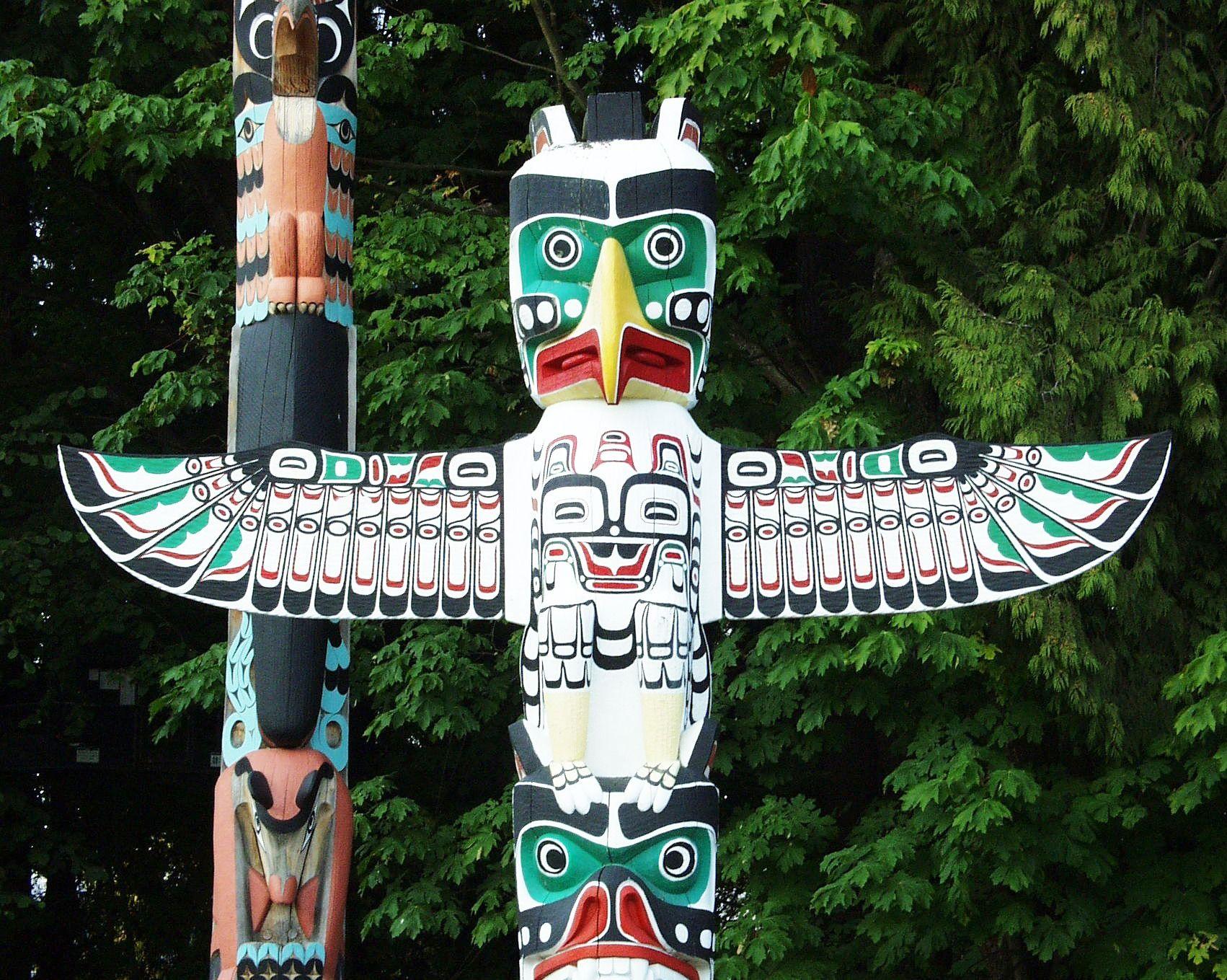 Among some Native Americans, a pole on which totems are carved. The totem pole usually stands in front of a house or shelter.