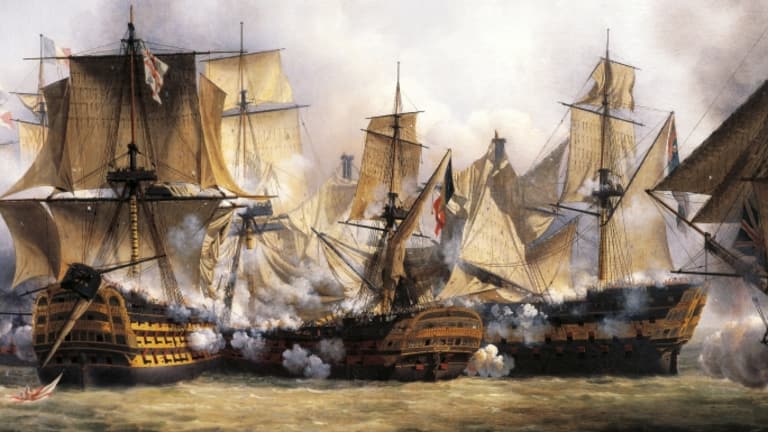 A naval battle between British and French forces in the early nineteenth century, when Napoleon Bonaparte was the French emperor; the battle was fought off the southwestern coast of Spain. The British fleet, under Admiral Horatio Nelson, captured over a dozen French and Spanish ships and lost none of its own. During the battle, Nelson was killed aboard his flagship, HMS Victory.