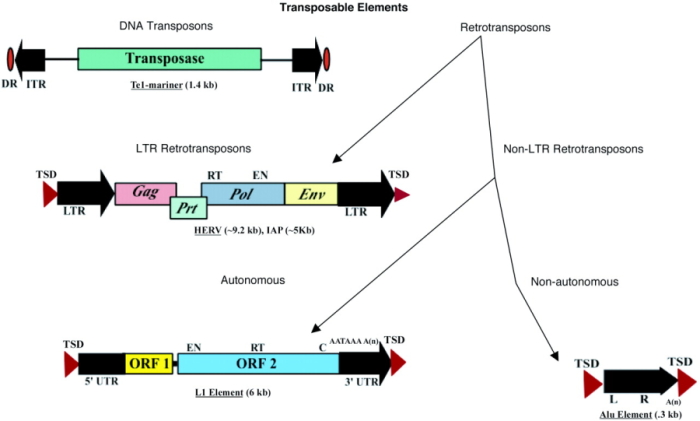 Segments of DNA that shift from one area of a genome to another. Previously called jumping genes.