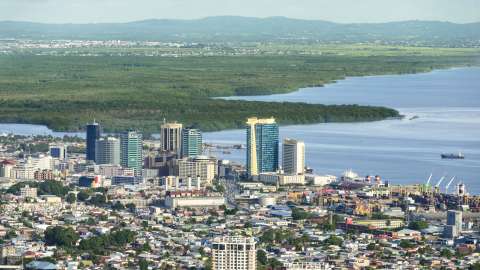 Trinidad and Tobago noun (used with a plural verb) two islands in the N Atlantic Ocean, off the NE coast of Venezuela. (used with a singular verb) an independent republic in the West Indies, comprising the islands of Trinidad and Tobago: member of the Commonwealth of Nations. 1980 sq. mi. (5128 sq. km). Capital: Port-of-Spain. Liberaldictionary.com

Independent republic in the West Indies, comprising two islands off the northeast coast of Venezuela. Its capital and largest city is Port-of-Spain.