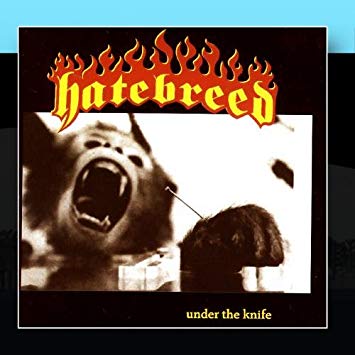 n.late Old English cnif, probably from Old Norse knifr, from Proto-Germanic *knibaz (cf. Middle Low German knif, Middle Dutch cnijf, German kneif), of uncertain origin. To further confuse the etymology, there also are forms in -p-, e.g. Dutch knijp, German kneip. French canif “penknife” (mid-15c.) is borrowed from Middle English or Norse. v.1865, from knife (n.). Related: Knifed; knifing. Undergoing surgery, as in He was awake the entire time he was under the knife. The phrase is often put as go under the knife meaning “be operated on,” as in When do you go under the knife? Knife standing for “surgery” was first recorded in 1880. see at gunpoint (knifepoint); under the knife; you could cut it with a knife.