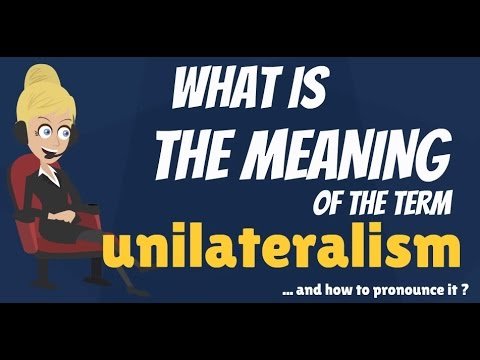 n.1926, from unilateral + -ism. Earliest usages seem to be in the sense of “advocate of unilateral disarmament.” Meaning “pursuit of a foreign policy without allies” is attested by 1964. Action initiated or taken by a single nation rather than by two nations (see bilateralism) (see also bilateralism) or several (see multilateralism). For example, a nation might choose to disarm unilaterally in the hope that others will follow. (See recognition.)