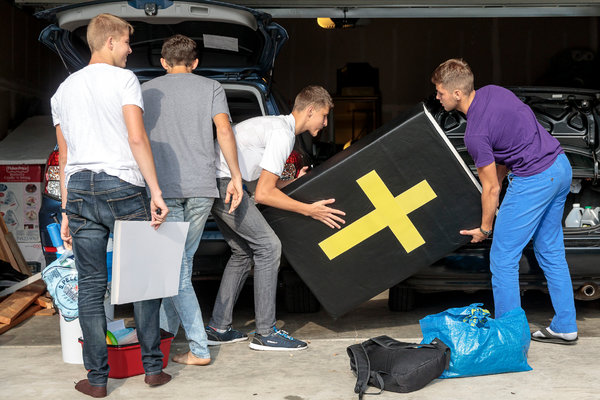 v.mid-14c., from Old French opresser “oppress, afflict; torment, smother” (13c.), from Medieval Latin oppressare, frequentative of Latin opprimere “press against, press together, press down;” figuratively “crush, put down, subdue, prosecute relentlessly” (in Late Latin “to rape”), from ob “against” (see ob-) + premere “to press, push” (see press (v.1)). It is the due [external] restraint and not the moderation of rulers that constitutes a state of liberty; as the power to oppress, though never exercised, does a state of slavery. [St. George Tucker, “View of the Constitution of the United States,” 1803] Related: Oppressed; oppressing.