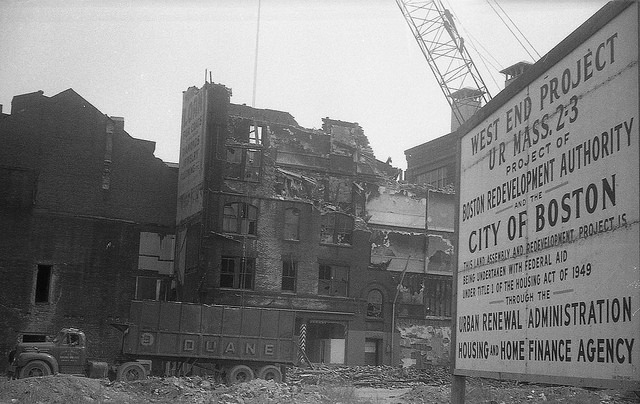 Government-sponsored destruction of slum housing with a view to the construction of new housing.

Programs designed to clear, rebuild, and redevelop urban slums. Critics contend that although they bulldoze slums, urban renewal programs often have led to their replacement by office buildings and by apartment houses for the well-to-do.