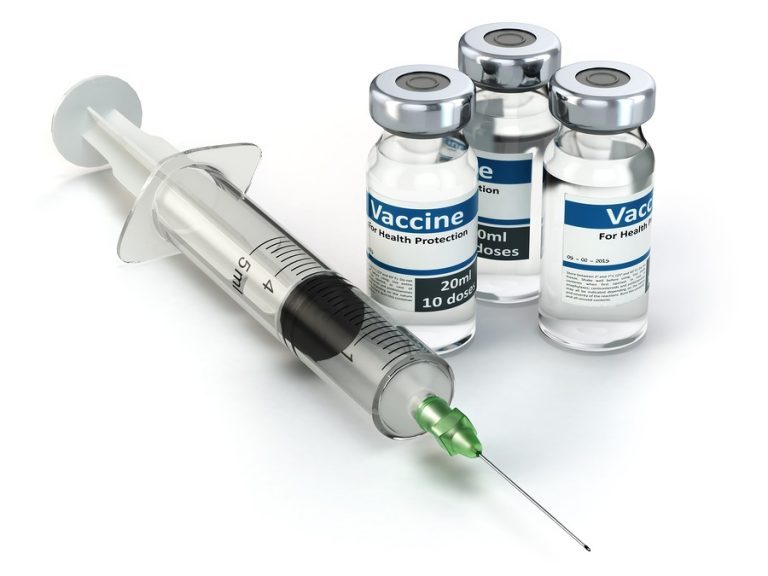 “matter used in vaccination,” 1846, from Latin vaccina, fem. of vaccinus “pertaining to a cow” (see vaccination).

A substance prepared from dead or living microorganisms that is introduced into the body through inoculation. The vaccine causes the development of antibodies, which produce immunity to the disease caused by the microorganism.