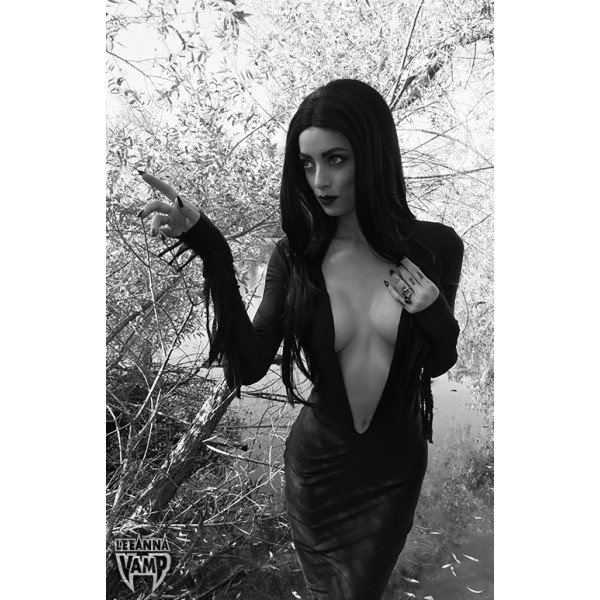 “extemporize on a piano,” 1789, originally a noun meaning “part of a stocking that covers the foot and ankle” (early 13c.), from Anglo-French *vaumpé, from Old French avantpié, from avant “in front” + pié “foot.” Sense evolved to “provide a stocking with a new vamp” (1590s), to “patch up, repair” (cf. revamp) to “extemporize.” Related: Vamped; vamping.

“seductive woman,” 1911, short for vampire. First attested use is earlier than the release of the Fox film “A Fool There Was” (January 1915), with sultry Theda Bara in the role of The Vampire. But the movie was based on a play of that name that had been a Broadway hit (title and concept from a Kipling poem, “The Vampire”), and the word may ultimately trace to Bara’s role. At any rate, Bara (real name Theodosia Goodman) remains the classic vamp.