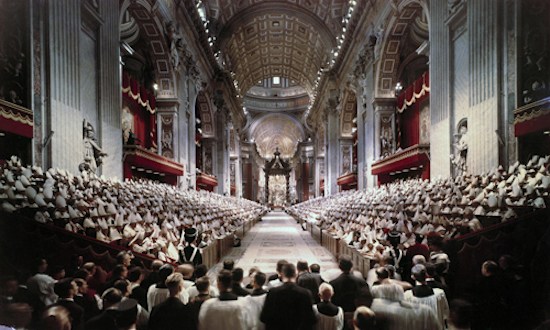 The popular name for the Second Vatican Council, an assembly of all the bishops of the Roman Catholic Church held from 1962 to 1965. The bishops ordered a large-scale liberalization and modernization of practices in their church.