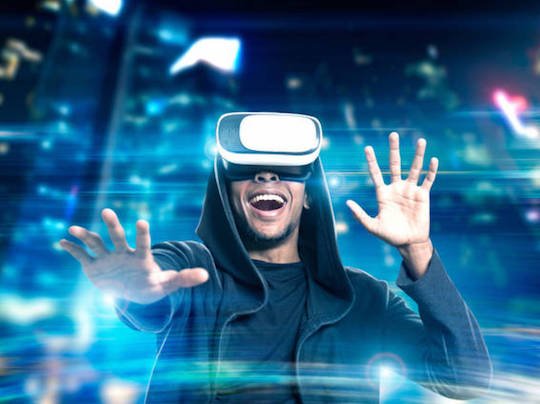 late 14c., “influencing by physical virtues or capabilities,” from Medieval Latin virtualis, from Latin virtus “excellence, potency, efficacy,” literally “manliness, manhood” (see virtue). The meaning of “being something in essence or fact, though not in name” is first recorded 1650s, probably via sense of “capable of producing a certain effect” (early 15c.). Computer sense of “not physically existing but made to appear by software” is attested from 1959.