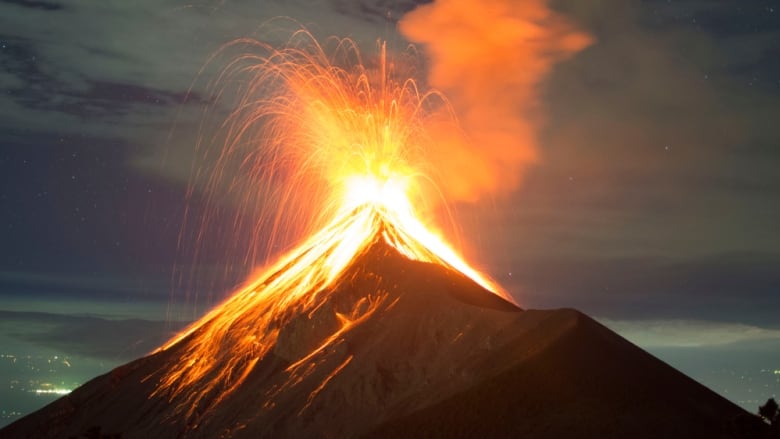 1610s, from Italian vulcano “burning mountain,” from Latin Vulcanus “Vulcan,” Roman god of fire, also “fire, flames, volcano” (see Vulcan). The name was first applied to Mt. Etna by the Romans, who believed it was the forge of Vulcan.

A cone-shaped mountain or hill created by molten material that rises from the interior of the Earth to the surface.