walls have ears, the 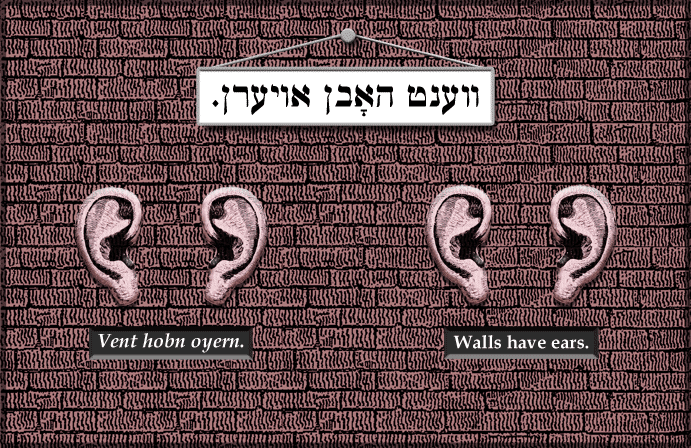 The conversation is easily overheard, someone is listening, as in Be careful what you say; the walls have ears. This saying may come from a story about Dionysius of Syracuse (430–367 b.c.), who had an ear-shaped cave cut and connected between the rooms of his palace so that he could hear what was being said from another room. Similar listening posts were installed in other palaces over the centuries, including the Louvre in Paris. In English the phrase was first recorded in its present form in 1620.