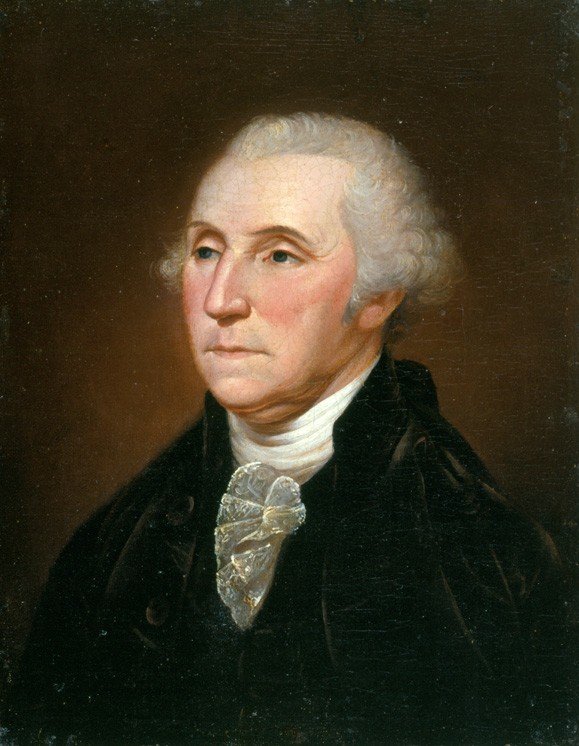 The first president of the United States, and the commanding general of the victorious American army in the Revolutionary War. The best known of the Founding Fathers, Washington is called the father of his country. He was born in 1732 in Virginia and showed early talent as a surveyor and farmer. He served as an army officer in the French and Indian War, as a member of the Virginia legislature, and as a delegate to the Continental Congress. In the summer of 1775, a few weeks after the outbreak of the Revolutionary War, he took command of the American army. He and his men won early victories over the British in New Jersey at Trenton and Princeton, despite a great lack of training and supplies. Washington is particularly remembered for keeping up morale during the hardships of winter encampment at Valley Forge. His victory at the Battle of Yorktown ended the fighting.

Washington presided at the Constitutional Convention of 1787, and in 1789 he was unanimously elected the first president under the new Constitution. As president, he pursued a careful foreign policy, endorsed the financial program of Alexander Hamilton, and put down the Whisky Rebellion. Refusing to seek a third term as president, he retired from the office in 1797, issuing a Farewell Address that advised against party politics at home and against permanent alliances abroad. After he died in 1799, he was praised by Congress as “first in war, first in peace, and first in the hearts of his countrymen.”