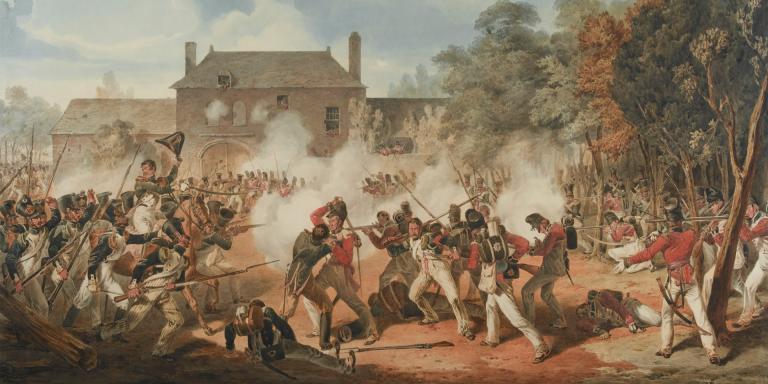 A battle in Belgium in 1815 in which the British and Prussians defeated the French under Napoleon Bonaparte. Napoleon abdicated as emperor a few days after this final defeat, and a few weeks later he was captured and sent into exile. The British were led by Arthur Wellesley, later to be named duke of Wellington; they were joined by Dutch and German soldiers and were greatly aided by the last-minute arrival of fifty thousand troops from the German kingdom of Prussia.