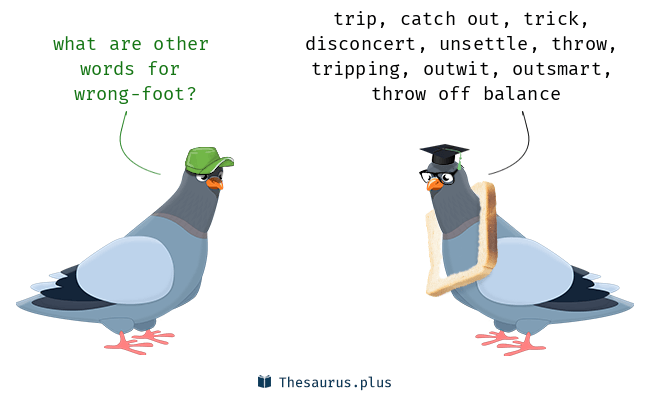 Deceive by moving differently from what one expects, as in He won quite a few points by wrong-footing his opponent. This expression comes from tennis, where it means to hit the ball in the direction the opponent is moving away from. It was transferred to other applications in the late 1900s, as in Susan Larson’s review of a concert: “Music wrong-footing and deceiving the ear” (Boston Globe, November 1, 1994).