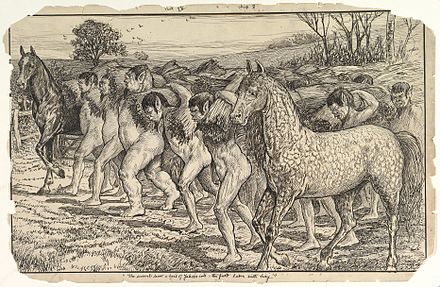 n.“a brute in human form,” 1726, from the race of brutish human creatures in Swift’s “Gulliver’s Travels.” The internet search engine so called from 1994. The crude, dirty “brutes” of the land of the Houyhnhnms in Gulliver’s Travels, by Jonathan Swift. The Yahoos are irrational people and represent the worst side of humanity. By contrast, the wise and gentle Houyhnhnms, their masters, are rational horses and represent humanity at its best.