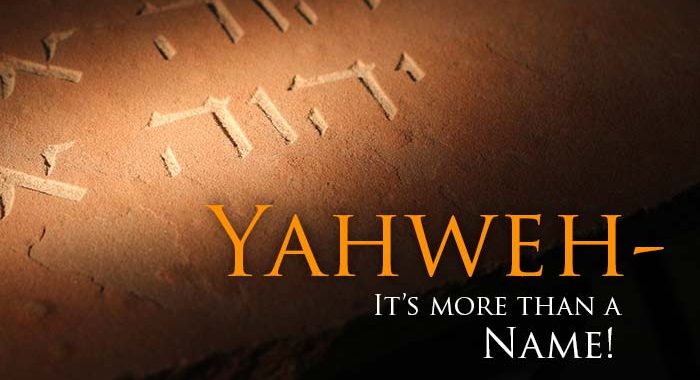 1869, hypothetical reconstruction of the tetragrammaton YHWH (see Jehovah), based on the assumption that the tetragrammaton is the imperfective of Hebrew verb hawah, earlier form of hayah “was,” in the sense of “the one who is, the existing.”