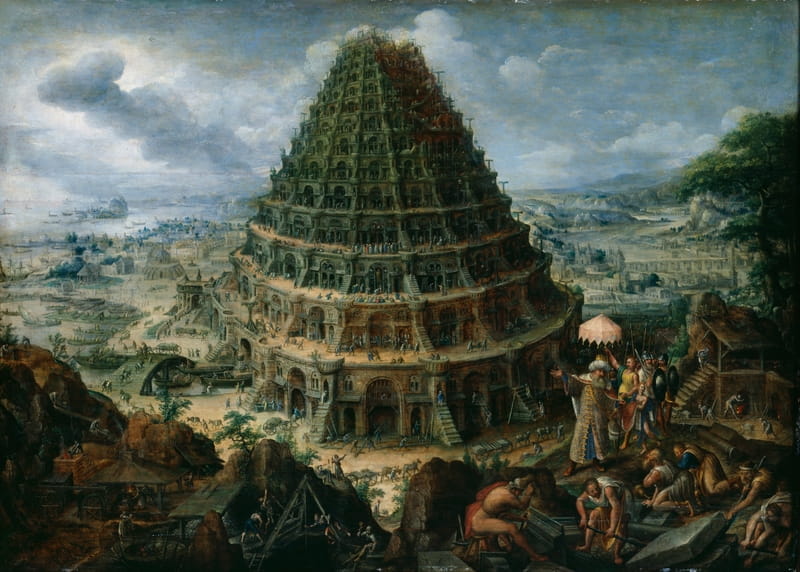 In the Book of Genesis, a tower that the descendants of Noah built. They intended that the tower would reach up to heaven itself, increase their reputation, and make them like God. God prevented them from completing the tower by confusing their language so that they could no longer understand one another’s speech. From that time forward, according to the Bible (see also Bible), the peoples of the Earth would be scattered, speaking different languages.