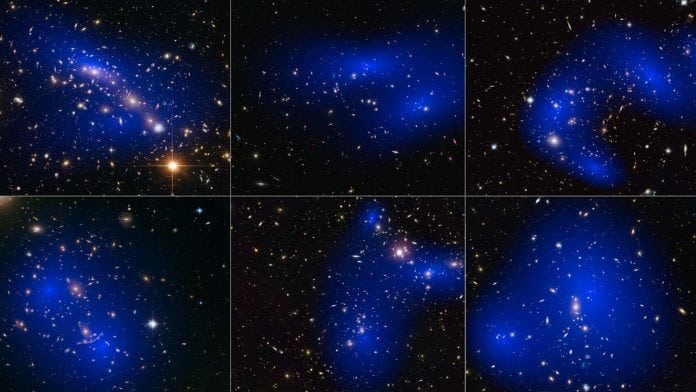 Unseen matter that may make up more than ninety percent of the universe. As the name implies, dark matter does not interact with light or other electromagnetic radiation, so it cannot be seen directly, but it can be detected by measuring its gravitational effects. It is believed that dark matter was instrumental in forming galaxies early in the Big Bang.