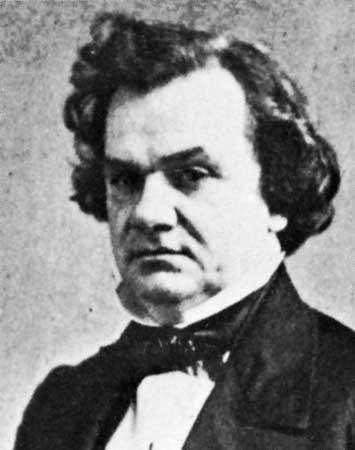 A political leader of the nineteenth century, known for twice running against Abraham Lincoln — for a seat in the Senate from Illinois in 1858, which he won, and for the presidency in 1860, which he lost. The two engaged in the Lincoln-Douglas debates over slavery and other issues in 1858.