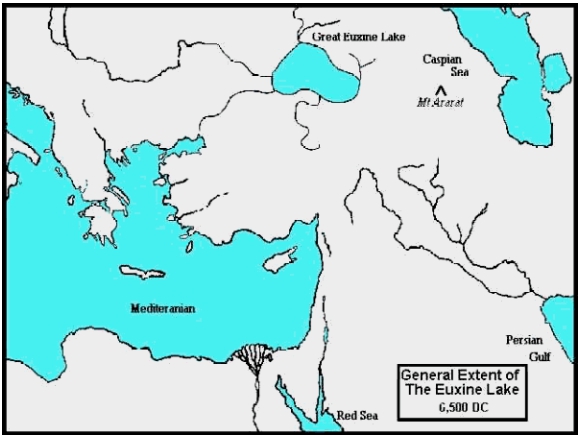 Examples from the Web for euxine Historical Examples of euxine

archaic name for the Black Sea, from Latin Pontus Euxinus, from Greek Pontos Euxenios, literally “the hospitable sea,” a euphemism for Pontos Axeinos, “the inhospitable sea.”

According to Room, The Old Persian name for the sea was akhshaena, literally “dark,” probably in reference to the sudden, dangerous storms that make the sea perilous to sailors and darken its face, and the Greeks took this untranslated as Pontos Axeinos, which was interpeted as the similar-sounding Greek word axenos “inhospitable.” Thus the modern English name could reflect the Old Persian one.