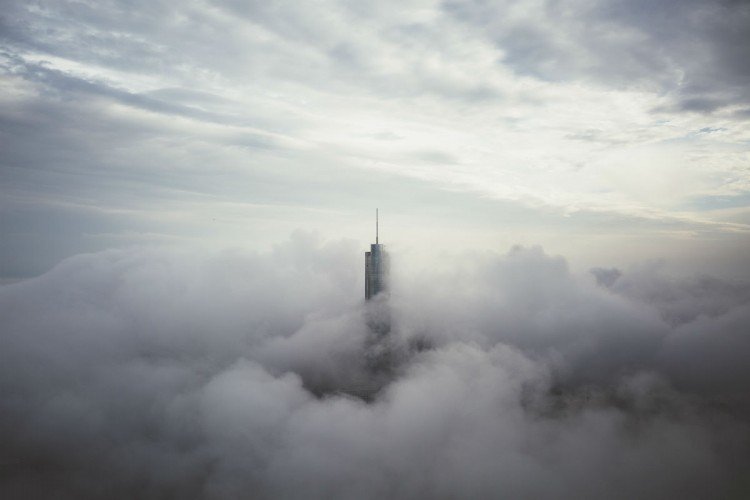 1540s, perhaps from a Scandinavian source, or formed from fog (n.1) + -y (2). Foggy Bottom “U.S. Department of State,” from the name of a marshy region of Washington, D.C., where many federal buildings are (also with a suggestion of political murkiness) popularized 1947 by James Reston in “New York Times,” but he said it had been used earlier by Edward Folliard of “The Washington Post.”