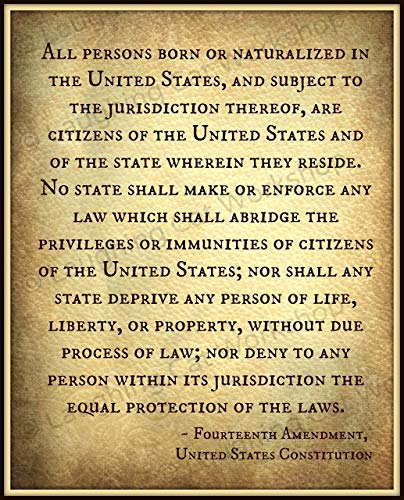 An amendment to the United States Constitution, adopted in 1868. It was primarily concerned with details of reintegrating the southern states after the Civil War and defining some of the rights of recently freed slaves. The first section of the amendment, however, was to revolutionize federalism. It stated that no state could “deprive any person of life, liberty, or property, without due process of law; nor deny to any person within its jurisdiction the equal protection of the laws.” Gradually, the Supreme Court interpreted the amendment to mean that the guarantees of the Bill of Rights apply to the states as well as to the national government.