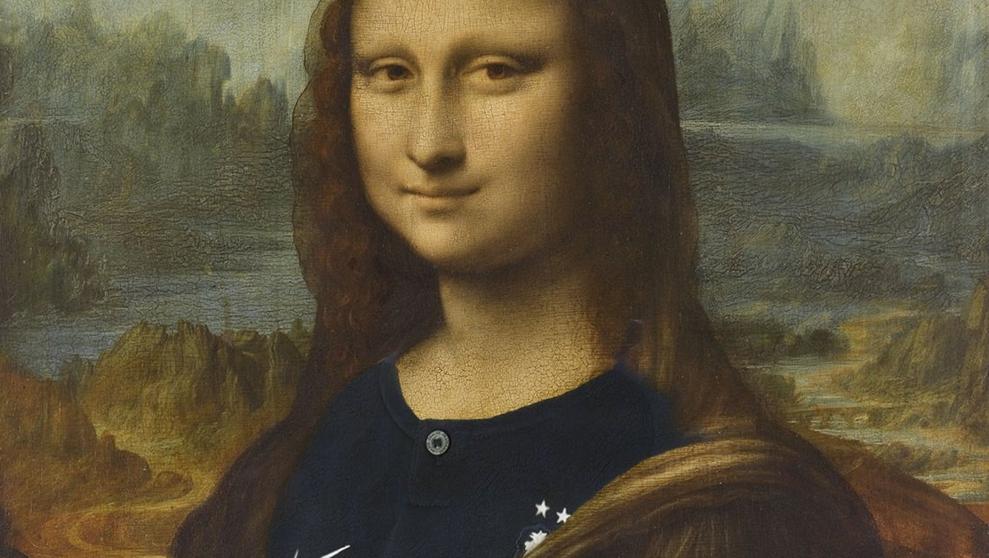 from 1923, in reference to an enigmatic smile or expression like that in Leonardo DaVinci’s painting. First attested in D.H. Lawrence. A painting by Leonardo da Vinci of a woman with a mysterious smile. It is one of the most readily recognized paintings in the world.