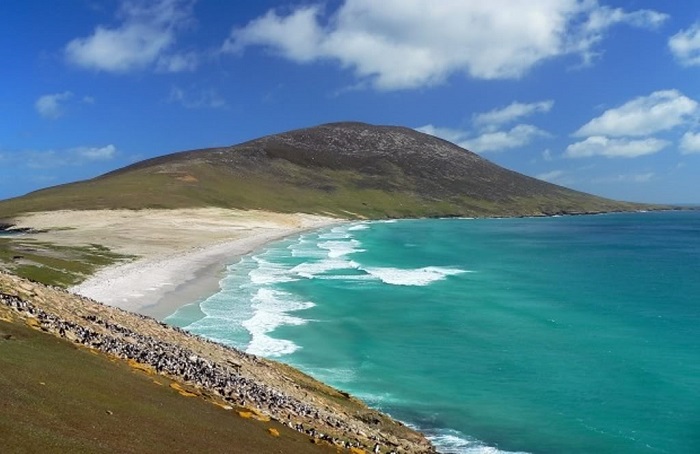 Argentine name for the Falkland Islands, from French Malouins, name for inhabitants of the French city of St. Malo, who attempted a colony there in 1764 under Louis-Antoine de Bougainville.

Group of islands in the south Atlantic Ocean, located east of the Strait of Magellan off the coast of Argentina.

Note The islands, under British rule, were seized by Argentina in 1982, but were retaken by Britain. Falkland Islands [(fawk-luhnd, fawlk-luhnd)]

Islands in the south Atlantic Ocean located near Argentina but owned by Britain. Argentina, which has long claimed title to the islands and refers to them as Islas Malvinas, seized them in 1982, but Britain retook them after a brief war.