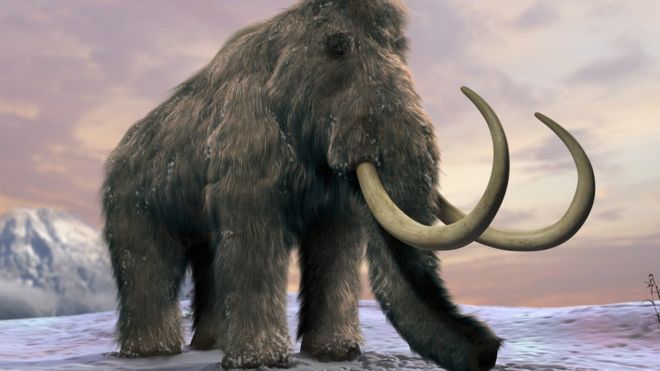 Word Origin for mammoth C18: from Russian mamot, from Tatar mamont, perhaps from mamma earth, because of a belief that the animal made burrows Word Origin and History for mammoth n.

1706, from Russian mammot’, probably from Ostyak, a Finno-Ugric language of northern Russia (cf. Finnish maa “earth”). Because the remains were dug from the earth, the animal was believed to root like a mole. As an adjective, “gigantic,” from 1802; in this sense “the word appears to be originally American” [Thornton, “American Glossary”], and its first uses are in derogatory accounts to the cheese wheel, more than 4 feet in diameter, sent to President Jefferson by the ladies of the Baptist congregation in Cheshire, Mass., as a present, engraved with the motto “Rebellion to tyrants is obedience to God.” Federalist editors mocked the affair, and called up the word mammoth (known from Peale’s exhibition) to characterize it.