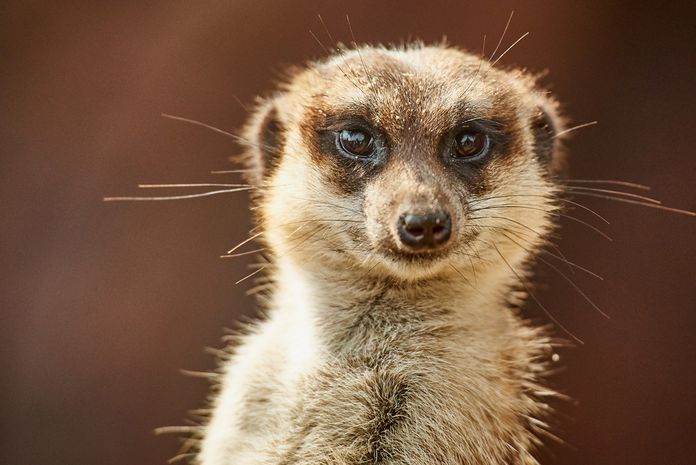 n.late 15c., “monkey,” from Dutch meerkat “monkey” (related to Old High German mericazza), apparently from meer “lake” + kat “cat.” But cf. Hindi markat, Sanskrit markata “ape,” which might serve as a source of a Teutonic folk-etymology, even though the word was in Germanic before any known direct contact with India. First applied to the small South African mammals in 1801.