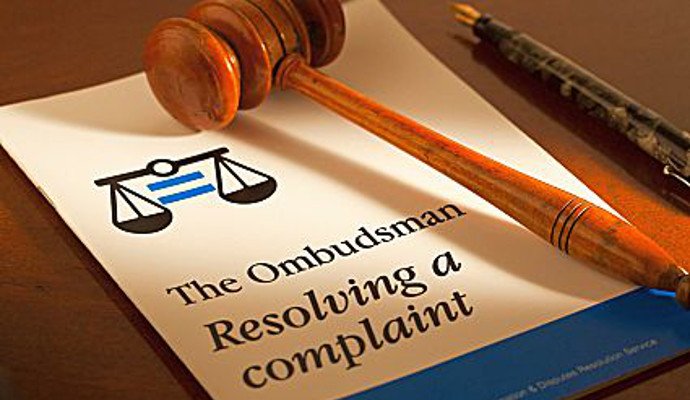 n.1959, from Swedish ombudsman, literally “commission man” (specifically in reference to the office of justitieombudsmannen, which hears and investigates complaints by individuals against abuses of the state); cognate with Old Norse umboðsmaðr, from umboð “commission” (from um- “around,” see ambi-, + boð “command,” see bid (v.)) + maðr “man” (see man (n.)). An official appointed by a government or other organization to investigate complaints against people in authority. This position is designed to give those with less power — the “little people” — a voice in the operation of large organizations.