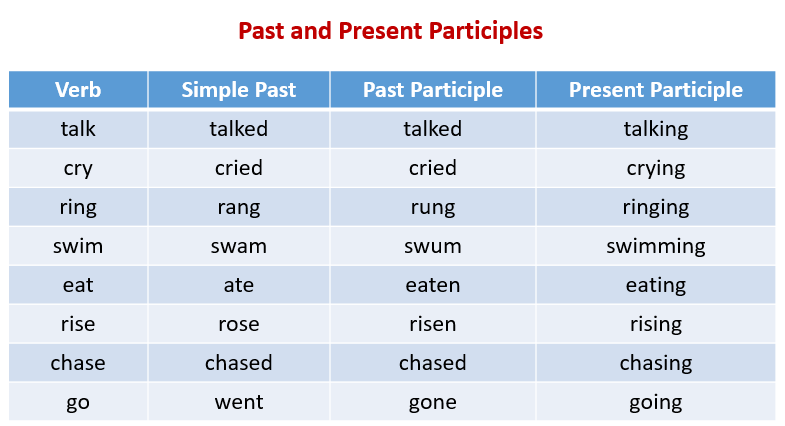 n.late 14c., “a noun-adjective,” from Old French participle (13c.), variant of participe, from Latin participium, literally “a sharing, partaking,” from particeps “sharing, partaking” (see participation). In grammatical sense, the Latin translates Greek metokhe “sharer, partaker,” and the notion is of a word “partaking” of the nature of both a noun and an adjective. The verb form that combines with an auxiliary verb to indicate certain tenses. The present participle is formed by adding -ing to the infinitive; it indicates present action: “The girl is swimming”; “I am thinking.” (Compare gerund.) The past participle usually ends in -ed; it indicates completed or past action: “The gas station has closed”; “The mayor had spoken.” Participles may also function as adjectives: “Your mother is a charming person”; “This is a talking parrot”; “Spoken words cannot be revoked.”