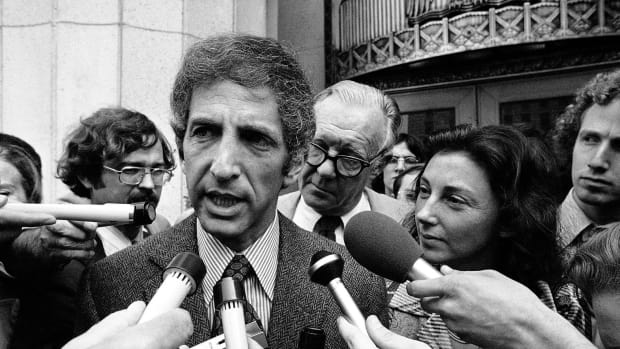 A classified study of the Vietnam War that was carried out by the Department of Defense. An official of the department, Daniel Ellsberg, gave copies of the study in 1971 to the New York Times and Washington Post. The Supreme Court upheld the right of the newspapers to publish the documents. In response, President Richard Nixon ordered some members of his staff, afterward called the “plumbers,” to stop such “leaks” of information. The “plumbers,” among other activities, broke into the office of Ellsberg’s psychiatrist, looking for damaging information on him.