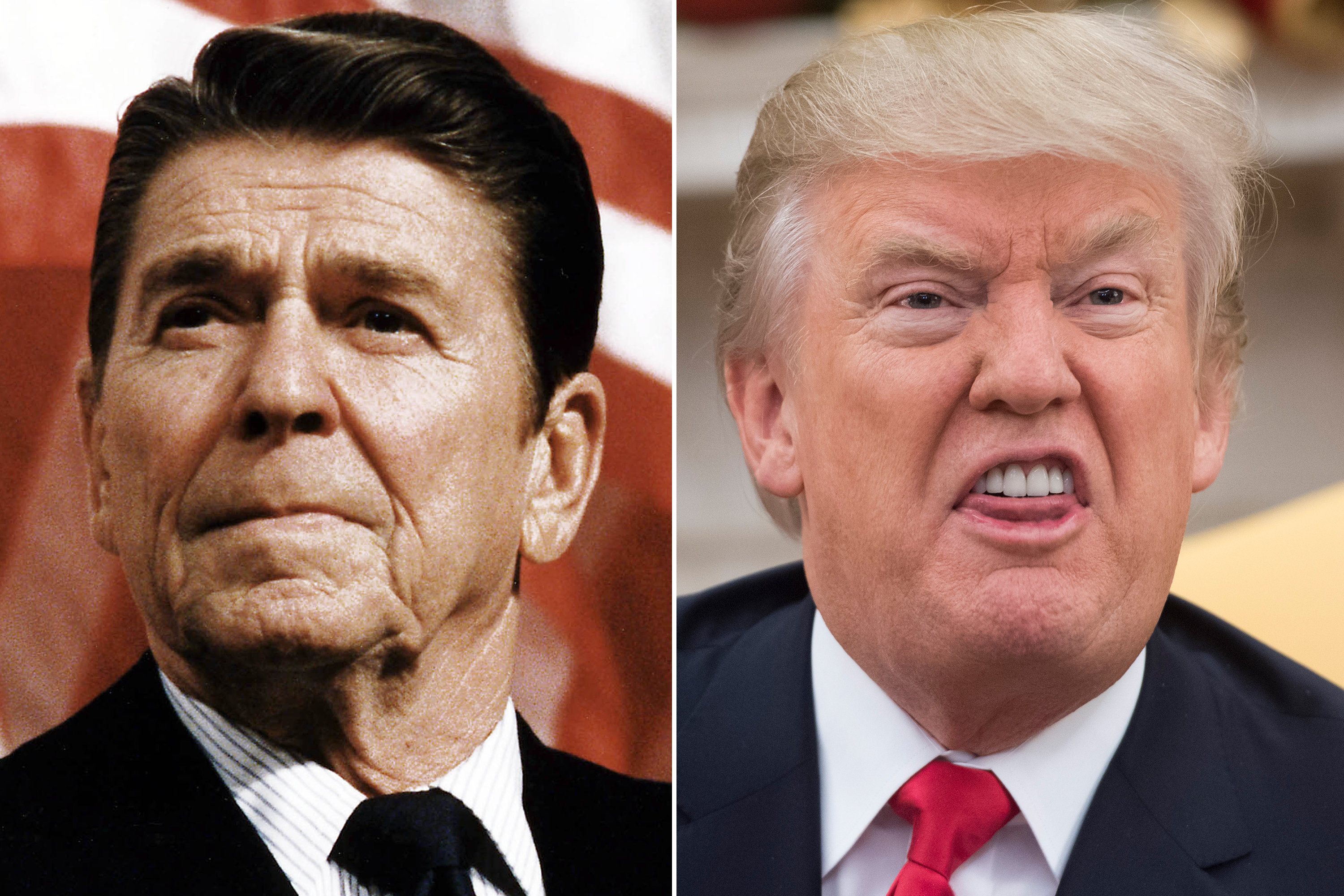 A political leader of the twentieth century, elected president in 1980 and 1984. Reagan went into politics after a career as a film actor. He served as governor of California from 1967 to 1975 and became a leading spokesman for conservatism in the United States. As the nominee of the Republican party, promising to work toward a balanced federal budget, he won a large victory over President James Earl Carter in 1980 and an even larger one over Walter Mondale in 1984. Early in his presidency, Reagan persuaded a Congress controlled by Democrats to increase spending on defense and to reduce taxes. The federal budget was to be balanced by reductions in spending outside of defense, but Reagan and the Congress were never able to agree on these. Accordingly, the federal government went deeper into debt throughout Reagan’s presidency. Reagan nevertheless was able to reduce the size and activities of the federal government outside of defense.