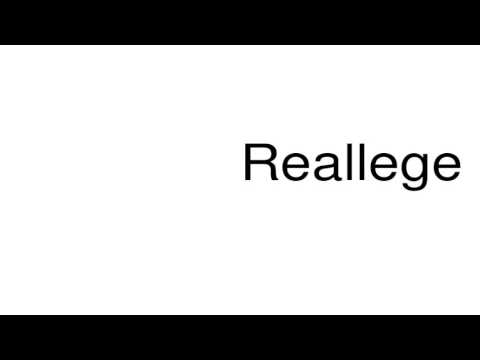 verb (tr; may take a clause as object)

c.1300. It has the form of one French verb and the meaning of another. The form is Anglo-French aleger, Old French eslegier “to clear at law,” from Latin ex- “out of” (see ex-) and litigare “bring suit” (see litigate); however eslegier meant “acquit, clear of charges in a lawsuit.” It somehow acquired the meaning of French alléguer, from Latin allegare “send for, bring forth, name, produce in evidence,” from ad- “to” (see ad-) + legare “to depute, send” (see legate). Related: Alleged; alleging.