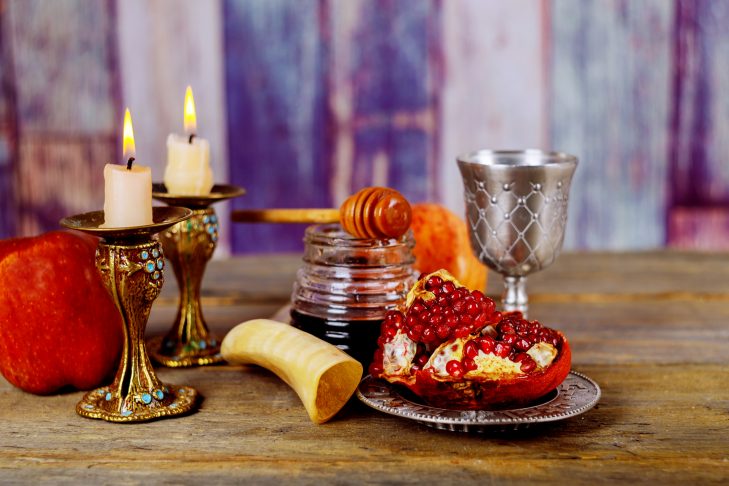 Jewish new year, 1846, from Hebrew rosh hashshanah, literally “head of the year,” from rosh “head of” + hash-shanah “the year.”

The festival of the New Year in Judaism, falling in September or October. Rosh Hashanah, Yom Kippur, and the eight days in between are special days of penitence.